Living in a constant chaos of the urban cities wipes the energy out of the body in a very short span of time. Constant dealing with professional and personal issues for months and years in a row can make even the most energetic person on earth feel tired. When the frustration of earning and yearning for things goes overboard, we can think of nothing but to take a breather. The metropolitans in India have a couple of soothing destinations located around them, which create a perfect setting to go for a mesmerizing road trip. Jaipur is such a place, where people come from North India for weekend getaways. The Pink City also attracts tourists from all around the globe who love to spend their nights at the magnificent forts under the stars. If you are planning a trip to Jaipur, you must know what the best things are that you must include in your itinerary.

When you are in Jaipur, you cannot afford to miss the grand Amer Fort, which is located at a distance of almost 13 kilometers from the city. The Meena kings had initially built this magnificent fort, but the later kings, Raja Man Singh and Raja Jai Singh rebuilt it as well. The impressive carvings of the Palaces and Mahals, the inlay work, and the elaborate courtyards leave every visitor spellbound. If you try to imagine the lives of the kings, you can visualize their opulent lifestyle and larger than life standing of the Rajput kings. The Light-and-Sound show is a must watch for those who come here for the first time to experience the olden times of Amer.

The Nahargarh Fort was constructed as a defensive fort overlooking Jaipur and Amer. The fort, built on the Aravali Ranges, offers a breathtaking view of the city. Even the locals never get tired of spending time at the fort for a weekend picnic. In addition to the view from the citadel, the twelve queen chambers are an exquisite feature. These boudoirs are ornately decorated with graceful murals and are well connected with each other. The queen chambers were created in such a manner to enable the king to meet any of the queens without coming into anyone’s notice. You can go to the Nahargarh Fort on a bicycle if the weather is good.

The name of the fort, Jaigarh, denotes the victory of the historical kings of Rajasthan over various rulers. The most extensive cannon of the world, Jaivana, is housed in this fort. The Jaigarh Fort was constructed as a defensive fort, where the artillery and other house weapons could be placed. The citadel is highly guarded, and it covers a span of three kilometers. If you are on your way to Nahargarh Fort, you can easily accommodate Jaigarh Fort on your route. Hawa Mahal is the accurate representation of the architectural expertise existent in the past. The name of the palace means the ‘Palace of the Winds’ deserves special mention because of the 953 windows, which are created to maintain ventilation in the castle. Without establishing the staircase to reach the upper floors, the architects designed ramps for the ease of walking up to the topmost levels. The Royal Women, for whom the palace was constructed, could view the occurrences of the city easily from the enormous windows.

Another stunning gem in the architectural marvels of Jaipur is Jal Mahal, which is located in the center of Mansagar Lake. Maharaja Jai Singh had built the Mahal in the 18th century for the summer retreat. The mesmerizing Chameli Bagh is created in the precincts of Jal Mahal and is known to attract the migratory birds such as white-browned wagtail, blue-tailed bee-eaters, and grey heron. Although the palace is no more open to the tourists after being transformed into a boutique hotel, you can still stop by for a photo opportunity. If you are there near the Jal Mahal at night, do not forget to spend a few minutes by the lake to witness the glitter of the palace that appears like a diamond in the lake. 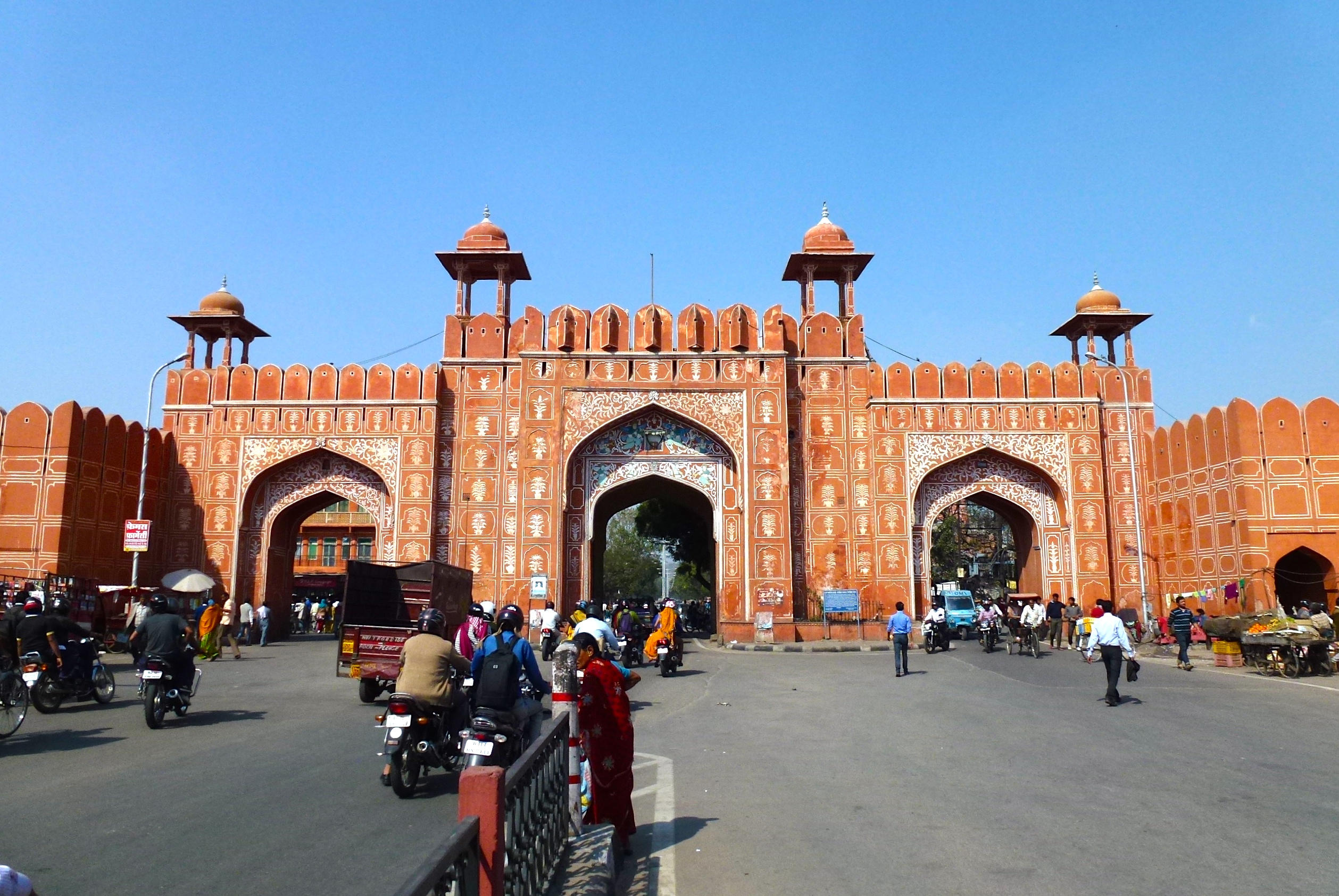 Jaipur is such a city where you can easily spend 2-4 days without feeling bored or exhausted. The palaces, forts, and fortresses in and around the city can quickly consume the daytime, most of which close early in the evening. Apart from the magnificent constructions of Jaipur, you must not miss the Rajasthani cuisines offered at every nook and corner. It is good to come to Jaipur by car or take an auto-rickshaw or taxi to roam around the palaces in the shortest time possible. Moreover, you can buy a composite ticket, which is available for all the significant places in Jaipur to avoid long queues outside every fort. Create your itinerary in such a manner that you can comfortably spend an hour or two at each location. If you have sufficient time in the hand, you will love visiting every palace in Jaipur. Else, covering the major destinations in a day or two may become too exhausting. Come to Jaipur during monsoon or summer to make the most of your time in pleasant weather.