Holi is the most awaited festival of India that not only paints the skin and face of an individual but also the heart. The festival holds a special significance in Indian culture symbolizing the victory of good over evil. Apart from cultural significance the festival also marks the beginning of spring which is why it is celebrated in different ways in different parts of the country. In this article, we bring you a curated list of holiday destinations in India where you can plan your Holi this year.

So, before you make any further plans during your Holi weekend, read our list and plan your Holi 2022 celebration in one of these places. 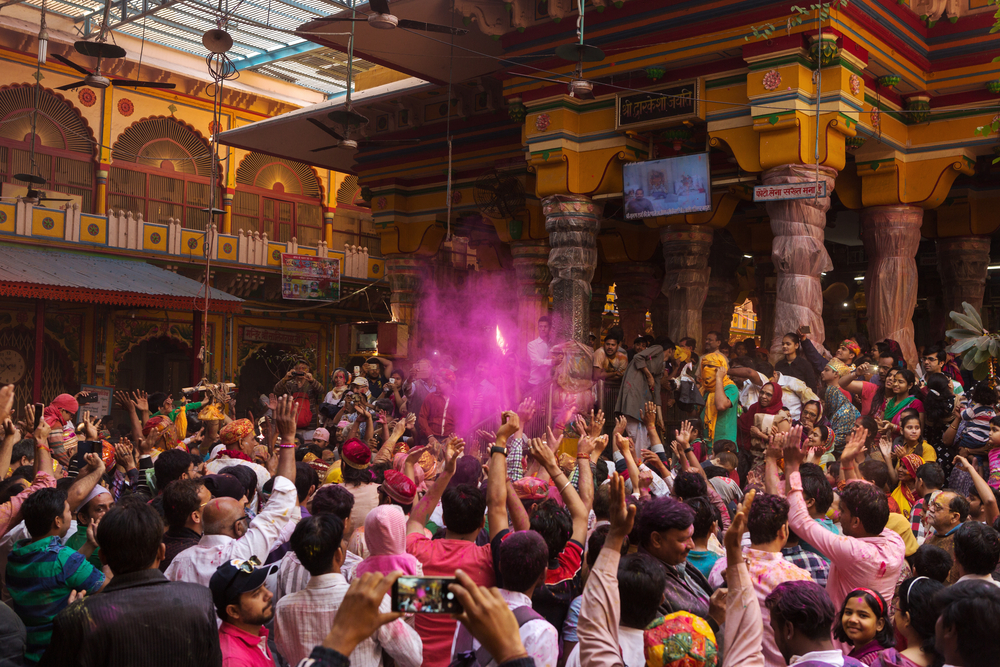 Known as the birthplace of Lord Krishna, the festival of Holi is celebrated with great pomp and show with thousands of devotees gathering together at the Dwarkadheesh temple in the morning and chanting, singing, and dancing under the purple gulal. If you are a true Krishna devotee, then you must visit the region of Braj to celebrate the festival where it was started for the first time. 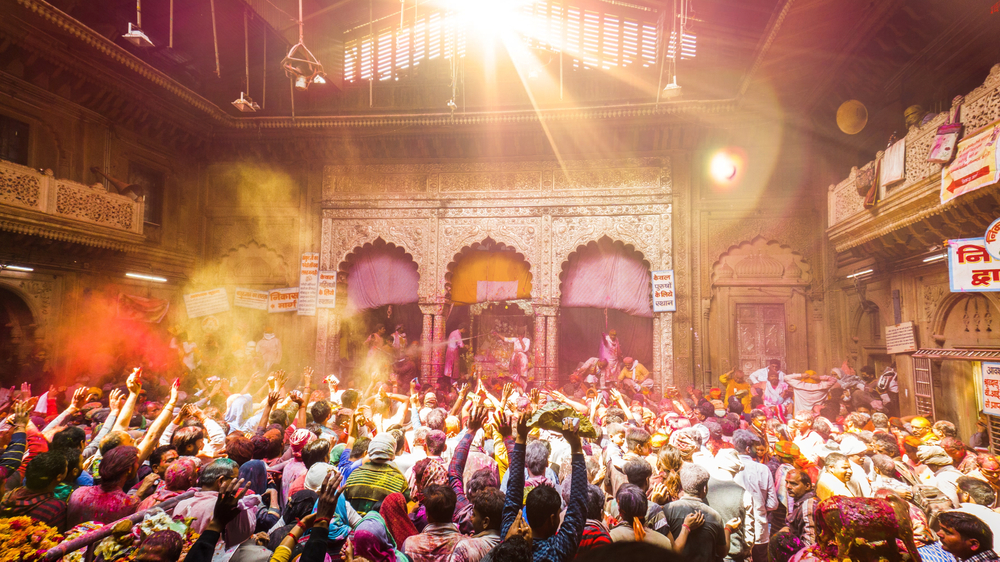 We all know the root of this festival lies in Lord Krishna’s Playland. If you are a fervently Krishna devotee, then you know where you should head to celebrate Holi this year. The epicenter of Holi Celebrations in Vrindavan is Banke Bihari temple where all the Vaishnavs gather to play different forms of Holi throughout the week starting with ‘Phoolo Ki Holi’ continues with ‘Widow’s Holi’ and concludes with riots of colors. The divine songs of Krishna add charm to this festival. 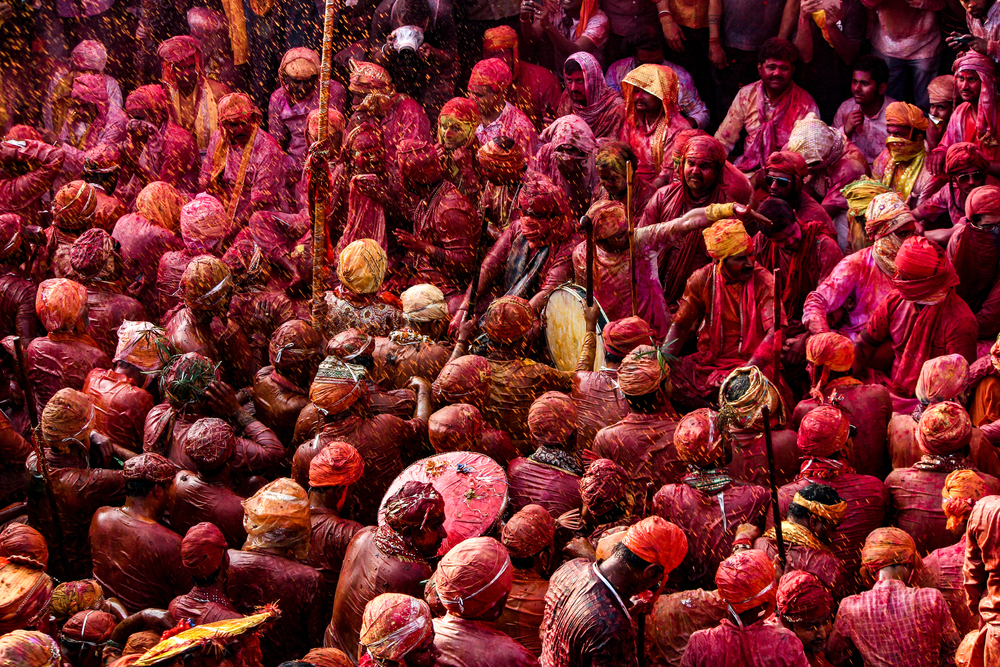 If you are a true Krishna or Radhey devotee, then you know the importance of this place. The place where Lord Krishna used to sneak in just to meet her love Radhey’. The festival here is celebrated in a quite different way. The very extraordinary ritual where men from the neighbouring village Nandgaon proceed to the narrow street lane that leads to the main Krishna temple and their progress is blocked by women with heavy sticks. And the ritual of Lath Maar Holi begins where the men try to cover them with the gust of heavy sticks under the clod of Gulal. Visiting Barsana during the Holi is worth and you will get it when you witness this ritual. 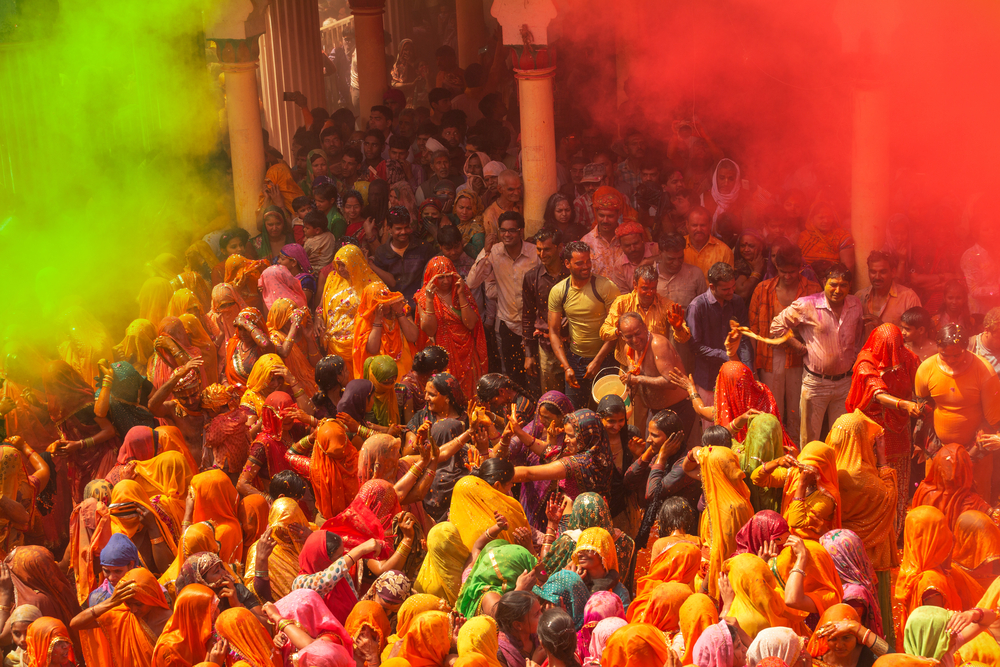 The festival is celebrated with Strong fervent at Daoji Templ, Daoji who was Lord Krishna’s elder Brother and the temple is situated in the small town of Baldeo which is Half an hour drive from Mathura city. The place witnesses a huge number of devotees celebrating Holi in which turmeric and saffron yellow are predominant. This small town of Baldeo is the best place to celebrate Holi in India as it connects you to the roots of this festival. 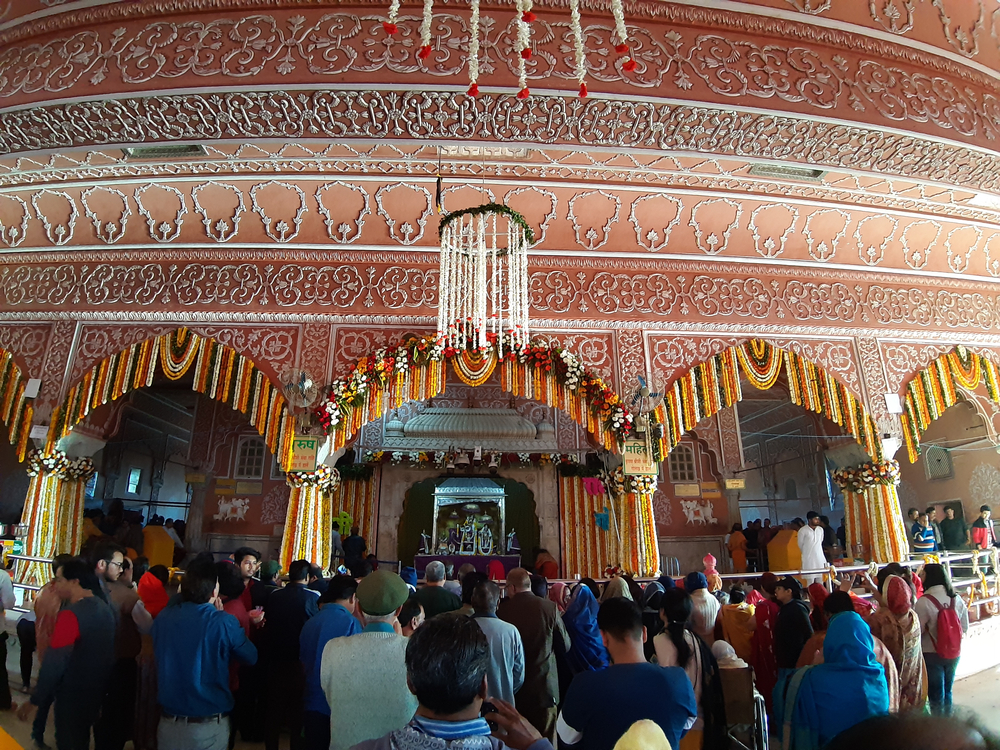 The celebration of Holi in Jaipur is quite a royal one. With royal families hosting a big Holi celebration. Along with it the Rajasthani folk music and dance add charm to these big parties of Royal families. If you head to Govin Devji temple the atmosphere there will be a bit divine with Radhe Govind Bhajans and Hymns. Visit this place by booking self-drive car in Jaipur. 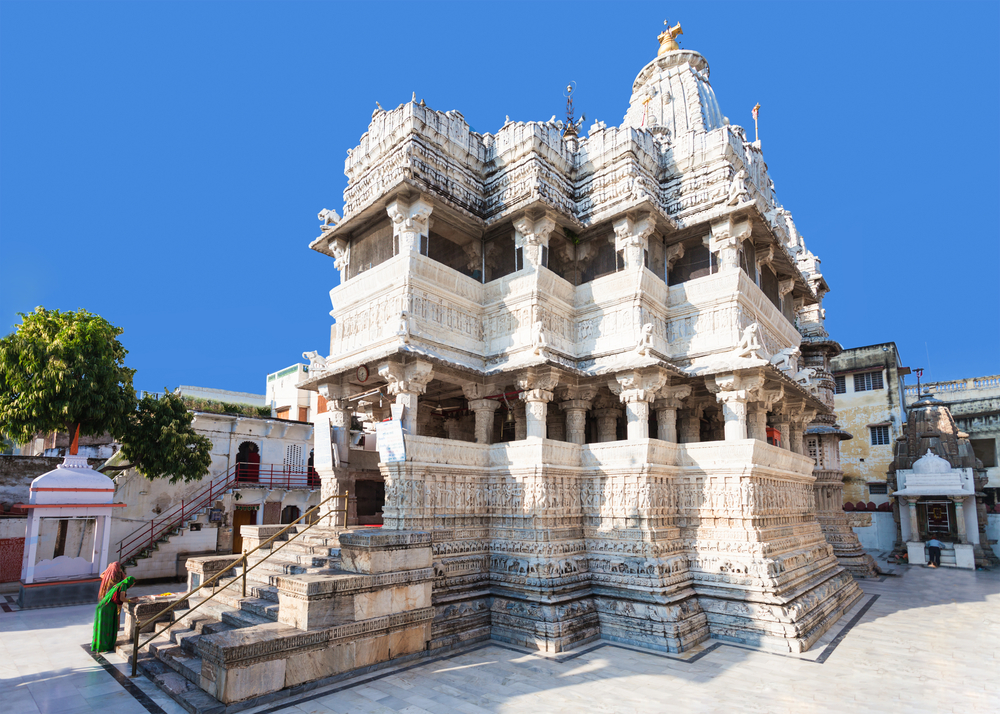 Udaipur- one of the best holiday destinations in India. The celebration at the royal palace in Udaipur starts with Holika Dahan which is a ritual celebrated and performed on the eve of Holi. Where the Maharajas lights the ceremonial bonfire in the central courtyard and marks the start of the celebration. The next morning the festival is celebrated at Jagdish temple with Gulal powder. 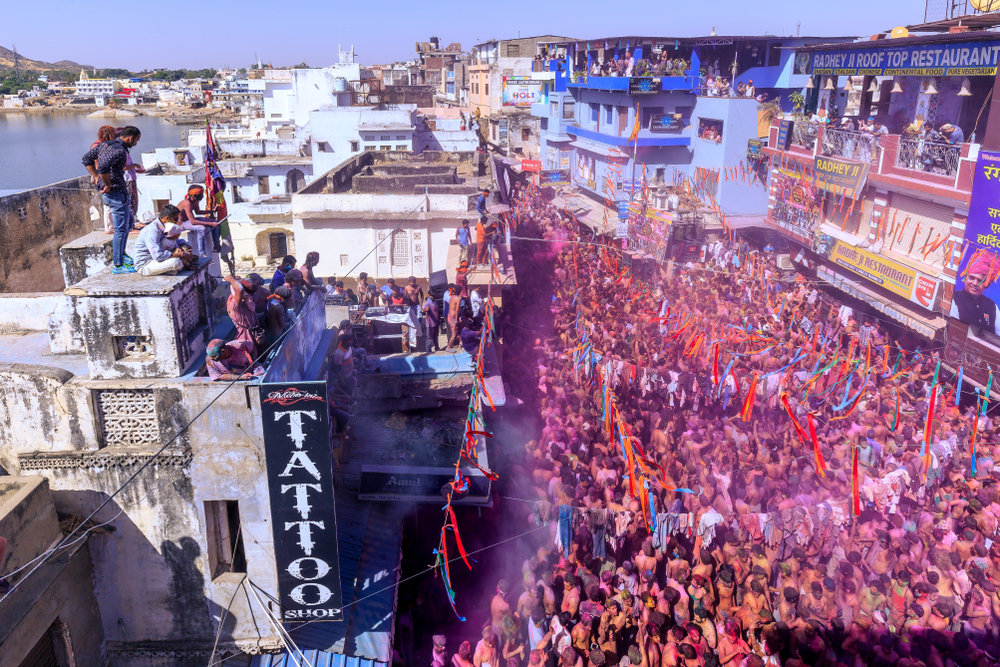 If in Rajasthan during the festival of Holi, then you must visit Pushkar. The city is called one of the teeth in the Hindu religion and the celebration is quite funfilled. You can also see how foreigners get along to celebrate this festival of color during the big party in the main square with electronic music over the Bhajans accompanied with Bhang (an Indian cocktail of Cannabis, Milk, and other herbs).

One of the oldest and holiest cities of India – Varanasi is a place that you must plan to visit during the Holi Celebration. The sacred riverside ghats have a wonderful atmosphere with bhajans and chants in the temples. You can step aside for the morning celebration of the street as a lot of over-enthusiastic people can be witnessed. Hence, it is advised to stay at your accommodation during the morning celebration and step out during the evening to witness the real Holi of India. You can also take a walk around the old city of Kashi on the eve of Holi to glance at a few Holika Dahan celebrations.

Now that you know the best places to celebrate Holi in India, what are you waiting for? Pack your bags and head for it by hiring a car on rent. Beware of harmful colors and take extra care of your skin and hair before after Holi.