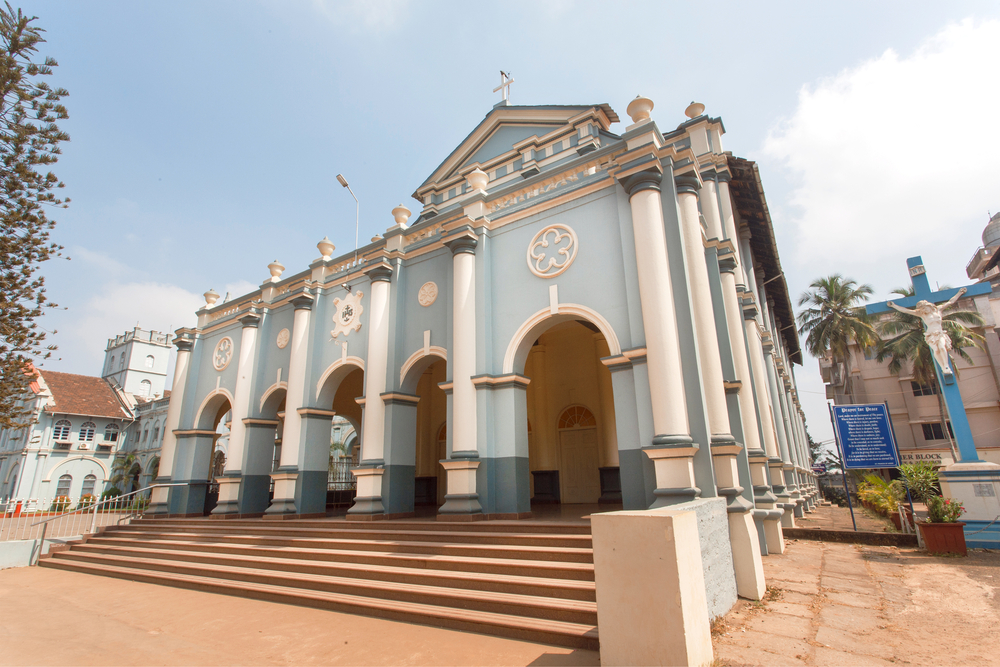 India is well known for its religious heritage around the world. Yet, few people know that Christians are the third largest religious community in the country, being 2.3 percent of the population (approximately), 27.8 million followers. Even though they are a minority, Christianity has an old and rich history in India. It is said that the teachings of Christ were introduced in India by Thomas the apostle, some historians place his arrival on the year 52 AD. For the believers and the curious, here are the very best destinations in India to visit for a long weekend this Good Friday. Indulge yourself by exploring the various self-driving car booking options available on this sacred date at MyChoize.

Home to more than 5000 Jacobite families, the cathedral is a beautiful building in the style of Italian Gothic cathedrals such as the Orvieto Cathedral of Umbria, with Portuguese architectural influences. It is also home to one of the holiest relics of the Malankara churches, a piece of the Virgin Mary’s belt.

Situated in Mangalore within the state of Karnataka, St. Aloysius Chapel’s interior was painted by Jesuit artist Antonio Moscheni. The frescos and canvases that cover its walls, making it unique in India, depict the life of the saint who gives the name to the chapel among other important figures within the faith. Some of them are: St Francis of Assisi, St. Thomas and St. Peter Claver.

This cathedral is one of three in the world built on top of an apostle tomb. First established by Portuguese explorers and then rebuilt by English architects in Neo-gothic style, the cathedral rests on top of the tomb of St. Thomas, patron saint of India. It is located at Mylapore, Chennai one of the most beautiful historic neighborhoods in India, which can be explored easily with a self drive car from a car rental service like MyChoize.

This city in the Indian state of Kerala has one of the biggest Christian communities in India. It is also a great example of the Christian history and influence that exists in the state of Kerala. It harbors some of the oldest colleges in India and has a deep rooted cultural scene. This Good Friday, rent a car to take you to this wondrous location and explore the deeper cultural essence of Christianity in India. If you plan it well, you can also opt for MyChoize coupons and gain massive discounts on Good Friday while also making it on time to visit some of the most splendid festival processions that occur during this time in Kottayam.

This stretch of sea-line deserves many entries because of its multiple sites and destinations with rich Christian heritage. Yet, altogether is probably the best region for Christians tourists to visit. One of the best regions of India to make a road trip, specifically using self-drive car rental services because of its multitude of destinations, ranging from the metropolis of Mumbai to the beaches that dot the shore all along. The most popular and known destinations on this coast are Goa and Maharashtra. It also harbors multiple islands with incredible landscapes. With a huge Christian community and innumerable interest sites for believers, it has the last spot on the top list but definitely not the least.