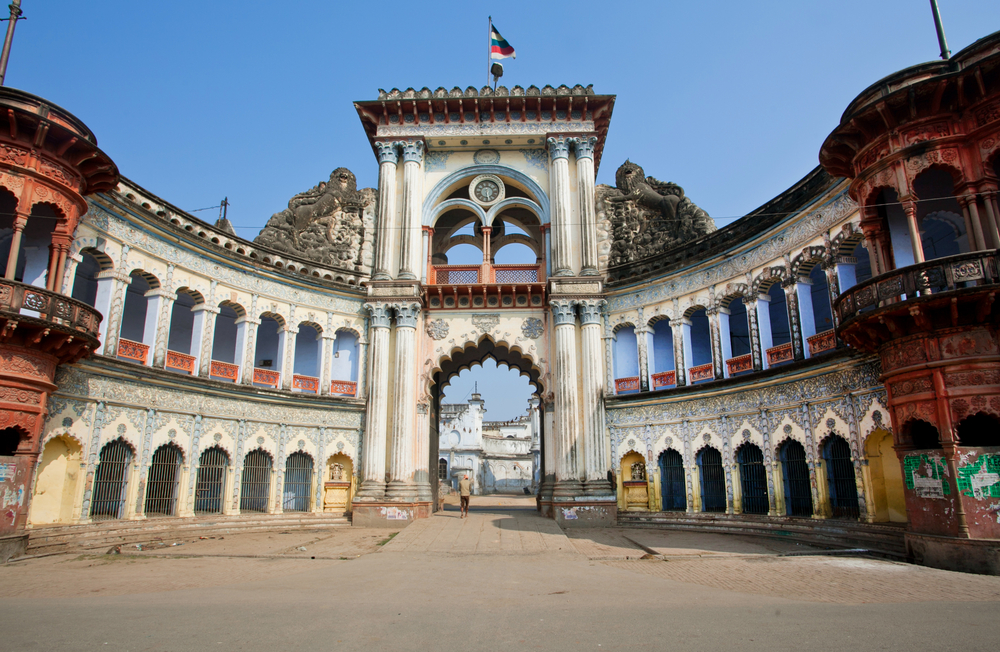 India’s religious account has an abundance of various colourful festivals. Many of them hold great religious significance and continue to be celebrated in their true form, even after centuries.

Lord Rama, a prominent figure in Hindu mythology, is worshipped by millions of devotees worldwide. Thousands of devotees celebrate a nine-day festival in the Chaitra month of the Hindu calendar, commemorated by ‘Ram Navami’ – the birthday of Lord Rama on the last day.

Many religious centres are decked out in vibrant flowers, and the gods’ statues are adorned with beautiful robes, bathed with holy waters andembellished with exquisite jewels.

Why Do We Celebrate Ram Navami?

When King Dashratha of Ayodhya was unable to attain an heir, he organised a magnificent ritual named ‘PutrakameshthiYagna’ under Sage Rishiranga.

Upon completing the ritual, a deity appeared from the ‘havankund’, bestowing the hosts with a bowl of sweet – as a fruit of the successful yagna. On consuming it, the queens gave four glorious princes to the kingdom, Lord Rama being the eldest.

Lord Rama’s life and victory symbolise unconditional devotion for parents, matrimonial values, and dedication to the country. The way he sacrificed all royal grandeur for observing penance in seclusion is the epitome of a son’s duty towards his father’s word.

Places You Can Visit For Ram Navami

Devotees from places far-away come together as a community by opting for a car rental with a driver or a self-drive car rental for celebrating the festival with extended families. If planning for a religious trip with your friends or family, consider the below mentioned as pinned destinations for the same.

Ayodhya celebrates Ram Navami with great pomp and enthusiasm since it is the birthplace of Lord Rama. During Ram Navami, people decorate their homes, fast, swim in the Sarayu River, and visit temples to perform various religious rituals.

Mostly, devotees from New Delhi and Varanasi make it a point to attend this day by various means. Family groups of people visit by contributing for a car rental or public transport services.

On this day, Ayodhya comes alive with fairs and chariot processions featuring Lord Rama, Sita, Laxman, and Hanuman. The most awe-inspiring Ram Navami celebrations can be found at KanakBhawan in Ayodhya.

Also known as Dakshina (Southern) Ayodhya, the SitaRamachandraswamy Templeis one of India’s most famous places to witness Ram Navami celebrations. They celebrate the day as Lord Rama and goddess Sita’s wedding anniversary known as ‘SitaramaKalyanam’.

During the nine days of Rama Navami, many devotees flock to the temple from various surrounding cities to witness the beautiful event. If visiting from Hyderabad, reputed car hire or car rental will guarantee a comfortable 6-hour trip.

This one is an important place for Hindu pilgrims to attend Ram Navami celebrations on a broad scale, as it is the birthplace of goddess Sita.

The Janki Mandir in Sitamarhi celebrates Ram Navami with zeal, and a large number of devotees attend the rituals. The stretch of Ayodhya and Sitamarhi can be covered as a part of one religious touring across Uttar Pradesh and Bihar. There are various car hire companies that offer Self-drive car rental services from Ayodhya.

Lord Rama- An Example Of Devotion And Truth

The most prominent reason behind celebrating Lord Rama’s life is to recognise and imbibe the qualities he possessed. We learn humility by his example of living in a lack of luxury for the value of promises and being the driving force behind the victory of good over evil.

Now that a majestic temple will be built in Ram Lalla’s birth-city, Ayodhya, thousands of devotees will get the chance to visit. Shortly, people can also make it a two-day trip from cities like New Delhi by opting a car hire services.